As an agile, dynamic, and progressive bank that is well-aligned with the Sultanate’s goal of economic diversification, Sohar International has been leading innovative campaigns geared at promoting the tourism sector in the country. In honour of its unfaltering efforts, the bank was conferred with the title of the ‘Best Campaign to Promote Tourism’ at the Second Arab Forum for Tourism and Heritage for the bank’s initiative in 2021 and 2022 titled ‘In Oman We Win’ and ‘Take It From Us’ respectively.

at the Second Arab Forum for Tourism and Heritage which was organised by the Arab Centre for Tourism Media. The bank won the award for its ‘In Oman We Win’ campaign in 2021, and the more recent ‘Take It From Us’ program in 2022.

Organised by the Arab Centre for Tourism Media, the Second Arab Forum for Tourism and Heritage was held on 24th and 25th July 2022 at the Rotana Hotel, Salalah and was inaugurated by His Highness Sayyid Marwan bin Turki Al Said, Governor of Dhofar, and saw in attendance several key representatives from the public and private sectors. Representing the bank, Mr. Khalil Salim Al Hedaifi, Chief Retail Banking Officer at Sohar International attended the event and received the award. The forum seeks to enhance the partnership between media institutions and the government and private sector establishments in the culture, heritage, and tourism sector in an endeavour to catalyse the marketing and promotional efforts in the field.

Commenting on the award, Mr. Khalil Salim Al Hedaifi, Chief Retail Banking Officer at Sohar International, said “Sohar International believes in taking a more holistic approach to its CSR campaigns and strategically integrates key focus areas of national interest and the country’s long-term goals into its initiatives. Through the ‘In Oman We Win’ and ‘Take it from Us’ initiatives, the bank adopted a unique approach to highlighting the natural beauty, abundant resources, and rich cultural heritage of the Sultanate while simultaneously promoting SMEs catering to this segment and hence creating a rewarding experience for all stakeholders.”

He further added saying, “We are indeed honoured to have received this award which will act as further inspiration for us to continue to conceptualise innovative campaigns and add value to the tourism sector. With Oman’s tourism sector showing immense potential, Sohar International will remain committed to supporting the country’s vision to position the Sultanate as a key tourism destination. This will also act as a key driver of socio-economic growth, job creation, and the development of industries.”

Passionate about creating a unique experience, Sohar International’s ‘In Oman We Win’ was a popular Prize Scheme in 2021 that took viewers on a tour through various touristic, cultural, and historic locations from Musandam to Dhofar. Meanwhile, the bank’s ongoing ‘Take It From Us’ campaign, which primarily focuses on spreading financial knowledge amongst the community, also seamlessly integrates into each episode, a special segment highlighting the unique adventure experience offered by SMEs and other local companies across various iconic locations in the country. Through well-conceived initiatives like these, Sohar International has reaffirmed its position as a premium bank that is invested in the socio-economic progress of the country.

Recently, Sohar International was ranked by the highly coveted Best Banks Survey as the ‘Fastest Growing Bank’ in the Large Banks Category and ‘Excellence in Digital Transformation’ at the Oman Banking and Finance Awards. In addition, Global Business Review Magazine Awards 2022 honoured Sohar International with the title of ‘Best Corporate Banking – Oman 2022’. 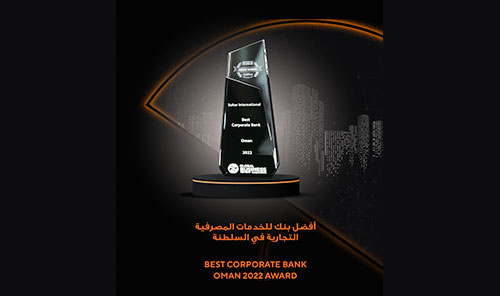 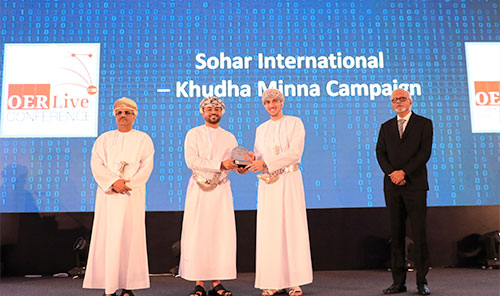